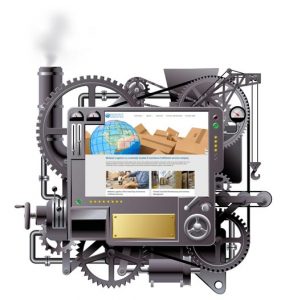 Let’s not beat around the bush here; I tend to favor Apple products and software above most, regardless of specs, extra features, or buttons. My intention in this blog post is not to bash one item due to my favoritism but to compare the two operating systems and phone quality. I have been on an iPhone since iOS version 1, so I have a pretty solid understanding of iOS and its functions. I wanted to give another phone a shot, so I was given a Windows 8 powered Nokia Lumia 920 phone to use for a solid week. I will start with the phone construction.

Nokia definitely knows how to make a phone. The Lumia has a nice texture to it. The casing feels sturdy and comes off as seeming rather rugged, in a good way. This may sound completely goofy, but the glass on the Lumia feels silkier; possibly because of a slight curve/bevel in the glass near the edges. All of the buttons are along the right side of the phone and are easily reached/depressed if you are holding the phone in your hands. However I was disappointed with the button placement when trying to read the time with the phone on my nightstand. The iPhone can lay flat on the surface and the home button can be located and pressed easily to view the time, while the Nokia’s phone shape causes the phone to move along the surface while you are trying to grasp the phone to get the lock screen time to show. This is minor but something I noticed on a normal basis while using the Lumia. The external speaker on the Lumia 920 was excellent. The camera is very good as well. This camera took way better low light pics than the iPhone 4S. Both phones took equally good pictures in the light of day. The call quality was good, although while talking on the phone there is a slight empty room/glass jar sound that you can hear coming back through the ear speaker. I let two other people talk on the phone to make sure I was not hearing things, and they also heard the sound that I mentioned. The microphone is fairly directional in the fact that people on the other end of the line could not hear me very well if the phone tilted the mic away from my mouth in any direction. During the one week of use on this phone, I dropped one phone call.

The Nokia, much like the iPhone, does not have an easily accessible battery. This is not a problem for me as I do not care if I can access the battery, but may be a deal breaker for some. The battery life was ok. In total, I charged this phone twice. My first battery test was to see how long the standby time could last. I left the phone on my desk prior to using it, fully charged, for 4 days. It drained about a quarter of the way but it did not have a sim card in it. The first charge lasted from Monday at 6:00 PM until Wednesday at 8:00 PM. The second charge on Wednesday has lasted until today, and we are right at 50%. The first charge was on a car charger, and the second was on a 120v plug. I feel like the second charge on the 120v plug would last as long as my normal charge on the iPhone 4S, which is about 3 ½ to 4 days.

The shape and size of the Nokia is going to be a preference. Especially when considering size. The Nokia I have is the black-cased one, and I really prefer this over the vibrantly colored casings that are offered. The black seems to hide the Zune-like shape. Again, this is a personal preference. The Nokia is ¾ of an inch larger in each direction than the iPhone 4S when squared up together in one corner. This may just be me, but as soon as I grabbed my iPhone, I was super pleased with its smaller, more manageable size. The shape of the Lumia allows for it to be more easily picked up compared to the iPhone. The curves on the sides allows the phone to slightly rock and get your fingers under or around the phone.

Now to the juicy stuff! First off I must say: hats off to Microsoft for making their own unique mobile operating system software. It’s completely their own and nothing like iOS or Android as far as GUI is concerned. Minimal UI graphics, big typography, and big, blurred background pics is a standard look for Windows 8 mobile. Most of the interface uses a side swipe function to progress through the apps’ different menus. The homepage is customizable in tile size and location. A side swipe will bring up a vertical menu of all the loaded apps. If you are totally into Windows and its Office software, this phone is for you! Office integration comes loaded out of the box with this device. Creating, editing, or grabbing files from skydrive is a breeze with the Nokia Lumia 920. If you are into Facebook this phone integrates Facebook into the phone very well, almost seamlessly. Since this phone and OS is below 10% of the market share I believe the people at Facebook really liked the way Facebook meshed with Windows 8 mobile and used this as a basis for their Facebook home integration; thats just my personal belief. You don’t have ‘contacts’ section on Windows 8 mobile but a ‘people’ section. This tile would update with pictures of friends on your homepage. I was able to hook up my Facebook account and pull in a lot of my contacts and their numbers; at least the people who list that information on Facebook. I loaded the Nokia with most of the normal apps that I generally use. The windows app store is fairly small and is missing a lot of outside company support. What I mean is John Doe may be the developer for the YouTube app not YouTube. Developers may enjoy the ability to produce apps without special software or approval but end users may feel awkwardly toward this. The Windows 8 mobile OS is fairly fluid on the phone and only lagged once or twice while I used it. The interface does not have any background graphics or bounding boxes, so certain items are harder to sort through and understand with a quick glance. Hooking up email accounts was a little more challenging than on iOS. iOS combines certain input boxes within the email account section and also gives formatting examples for incoming and outgoing mail server input boxes which made for a faster email hook up. While I was testing this phone YouTube released their own Windows 8 app and it definitely was a big step up from what other developers had on the market for download. It took the normal OS look with big type and side swipe menus and functioned a lot faster.

As a few last notes on this phone I found the screen response to be a little less than that of the iPhone 4S. Unlocking the Lumia required an upward swipe that almost always needed me to do it twice or more. Some of the interface buttons are a little too small for my liking. The send text icon/button seemed to never activate; I had to continually try to hit that button every time I sent a text message.

After my testing period ended I was happy to start using my iPhone 4S again. This is all a preference thing, much like buying cars. Some see the need in having a truck, or a fast car, or a huge gas guzzling Hummer, and its each our own choice to decide what item or product suits us best. 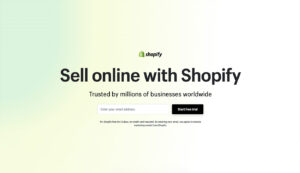 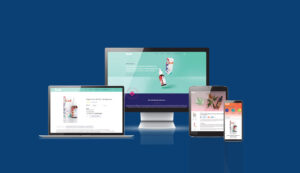